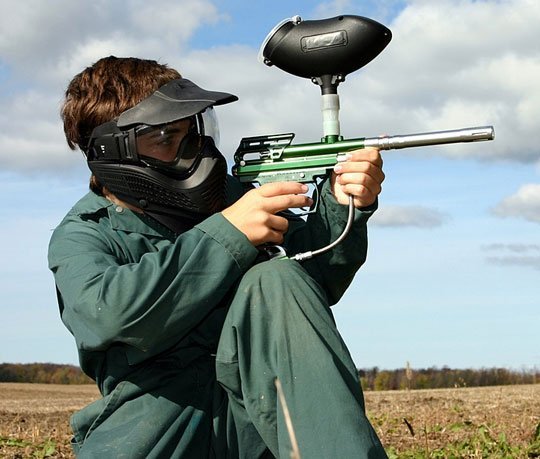 Paintball is a game created in the 1980s in which players gain points over adversaries by hitting them with color filled, weak, oil and gelatin paintballs or pellets, typically shot from a carbon dioxide or compacted air (Nitrogen) fueled “paintball marker”.  Paintball is usually played in a competition format. Paintball strategy is employed by experienced players, and even professional military associations for actual combat simulation.

Paintball games can be played in both indoor and open fields of varying sizes. A paintball game field is scattered with both artificial or natural landscape features, which players use for strategic cover. 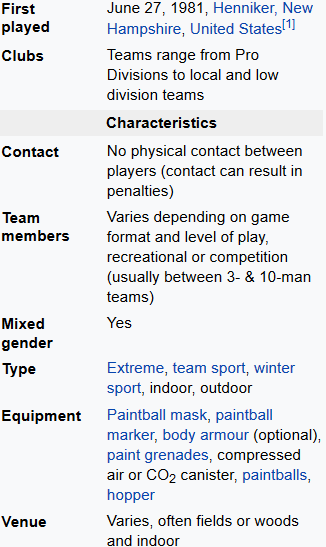 Paintball challenges can include catch the banner, ammo restrictions, protecting or assaulting a specific point or zone, or catching objects covered up in the playing zone. Depending on the chosen variation played, games can last from seconds to hours or even days.

The rules and regulations of paintball differ among nations and locales. In many territories where directed play is offered, players are required to wear defensive veils, utilize barrel blocking security hardware, and implement diversion principles.

We strive to be a “one stop shop” for every level of paintball player. It doesn’t matter if it’s your first time or you play every weekend, our goal is to make your day!